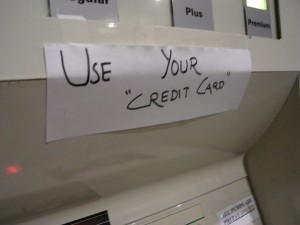 In our recent move to Iowa and the subsequent search for a new house, we came to the sad realization that we would need to get a mortgage again in order to get the house we wanted. We were ok with that because it was a pretty small mortgage and we’ll be able to pay it off relatively quickly. No 30+ year mortgages for us!

Getting Pre-Approved for a Mortgage

Anyway, we had to go through the pre-approval process, something we haven’t done in years since we’ve been debt free and haven’t borrowed money for years. It wasn’t a big deal, but it certainly was an amusing process.

First, we had to list all our assets and income sources. No problem. We actually have assets now :). Then we had to list our debts. Easy. $0. That was pretty much it, except for verifying that we weren’t making any of our numbers up. Which we weren’t, although the bankers kind of acted like nobody like us has ever applied for a mortgage. They seemed taken aback when we said we didn’t have any debts. I guess we’re weird or something.

Then one day I got a letter from the bank. It was a courtesy letter more than anything – the letter was simply informing us that the bank had reviewed our credit history and that everything was ok. Our credit score (which I’ve never really worried much about) was in the mid 700’s. That meant we qualified for the best mortgage rate the bank had to offer.

But then the letter got funny. It proceeded to tell me that there were some things I could do to improve my score. If we qualified for the lowest rates, I wondered, why would I need to improve my credit rating? Amused, I read on. One of the reasons it said my score was “so low” was that I hadn’t borrowed money recently. Ha! Isn’t that the point – to not borrow money??

Now, don’t get me wrong here. I’m not mad at my bank. This was just a computer generated form letter explaining the results of my credit check and offering tips to improve my credit score. It’s not necessarily the bank’s fault. I just found a lot of humor in the whole situation.

Do I Even Need a Good Credit Score?

We don’t borrow money as a general rule. Because of that, we have money in the bank and no debt. We haven’t taken out any loans or used credit cards in roughly 7 years. We were able to put more than 70% down on our new house. The mortgage on our new house is less than what I now make in a year, and it’ll be paid off in 15 years or less.

Yet, despite all these factors, my credit score isn’t as high as it could be, according to the letter we received. So their solution? Get a credit card. Borrow some money. That’ll help me look more credit-worthy, they said. Isn’t it ironic that the things it would take to be a better credit risk are the exact same things that would put me more at risk with my finances?

What do you think? Should I borrow more money to improve my credit score? Or should I continue saying “No” to credit and debt?

Previous Post: « Moving on a Dime: Save Money on Your Relocation
Next Post: Five Tips to Help You Manage Your Debts »