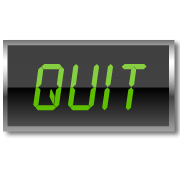 How Quitting Debt Affected my Relationships

Nobody likes a quitter. Winners never quit and quitters never win. I heard these expressions a lot growing up and I certainly agree with them for the most part. But I didn’t realize how true they were in all areas of life until I gave up on debt.

About six years ago I decided that I didn’t want to owe anything to anyone anymore. It took my wife and me a while to get rid of our debt, but we finally did it. I couldn’t begin to describe how good it felt to have that burden lifted off our shoulders. At least, it felt really good to us. You’d think other people would be happy for us too. But they weren’t. Evidently to them we were a couple of quitters.

Getting rid of debt requires giving things up

I think we offended a few people. Suddenly when we had important financial goals and weren’t willing to do the popular thing, people started avoiding us. People started making fun of us. We became known as the “budget nazis” and “budget freaks.” We were teased because we didn’t have credit cards anymore. We were ridiculed because we weren’t willing to get a car loan like everyone else. We were informed that we were stupid for paying off our house early because interest rates were so low. We even started to be excluded from social activities with friends and family.

It was a really weird experience. I have to say I actually felt like an outsider who had some serious disease. I felt shunned like someone who quit something and let everyone else down. I felt like I had quit using debt, so I must not be a winner. I know that’s far from the truth, but the way we were treated sure seemed to indicate that we were losers.

But here comes the good part: we made it to our goal of complete debt freedom. At a very young age, we have no debt and we are poised to build some serious wealth by the time we retire. Enough wealth to change our family tree. To me, that’s worth the teasing we endured for a few years.

We’re still outsiders and weirdos to our old circles of friends, but we’ve made new friendships with people who share the same values. What a difference it makes to have the right support group in your corner.

Question for the reader: Has anyone ever made fun of you for your financial habits? Leave a comment and let me know.

Previous Post: « I’m Working On My Debit Score
Next Post: Are You Managing Your Money, or Is It Managing You? »