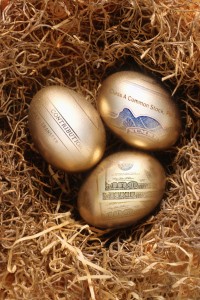 How Much Money do you Need to Retire?

How often do you think about retirement? If you are in your 20s, my guess is probably never, and then probably only slightly more than never for 30s and 40s, and then perhaps a moderate amount if you are older than that. If you are honest with yourself, life just gets busy and retirement seems so far away that we just forget about planning for it.

I recently saw a survey that completely surprised me. When people are asked whether or not they think they’ll have enough money to retire, over 80% of the people say that they aren’t sure. And, when people are asked how much they save every month for the future, 36% of them say they don’t save any money. That last stat really surprised me. How can people expect to retire someday when they put away $0 a month toward their retirement! It’s absolutely shocking!

The Reality of Semi-Retirement

There are a handful of people that truly love to work. They like to create things and get their hands dirty and they will absolutely work until they physically can’t any longer. This probably only makes up 5% or less of the population though. If you had the money to do absolutely nothing for the rest of your life (except for what you wanted to do), I bet you would accept that proposal in a heartbeat!

So, when I hear people say that they are working at Wal-Mart because they just needed something to do to keep busy, I know that they are likely lying through their teeth. The reason they are still working is because they need some extra income. Who in their right mind would want to work at Wal-Mart anyway? These are the large groups that fall into the category of semi-retired. They were able to quit their regular job, but they needed a little bit of income yet to make ends meet, so that’s where the part-time job comes in.

So How Much Do You Need?

If you don’t want to end up greeting strangers at the door of Wal-Mart (and I know I don’t!), then you might want to sit down and figure out how much money you’ll really need when you retire. The best way to do this is to use a retirement calculator (click here if you’d like to do a calculation).

But, if you don’t feel like putting numbers into a calculator, you could quickly figure out about how much you would need in your head. In order to decide what you’ll need, you have to factor in inflation. Figure an average of 3% per year, so in about 20 years, things will cost double what they do now. If you need $30,000 per year to cover your expenses today, then you’ll need about $60,000 in 20 years. If you figure you’ll live for 30 years beyond retirement, then you’ll need over 2 million bucks (probably over $3 million with another doubling of expenses after 20 years). It’s obviously a rough estimate, but it’ll get you pretty close.

If anything, assume that you’ll need more. That way you might actually have something left by the time you die. And wouldn’t it be nice to leave your kids a little something, instead of the typical bill that parents are leaving their children these days?