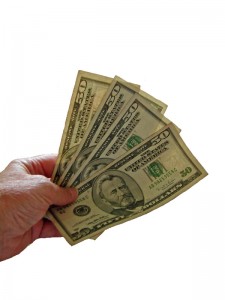 It’s tough to buy on impulse when you remove credit cards from the equation.

On Father’s Day we went to an event at our local airport called Wings and Wheels. It’s a classic car show combined with a classic plane show. Lots of cool things to look at and lots of fun for the kids. Ok, I’ll admit it was more of an event for me but I used the kids as an excuse to go there!

As we were walking around looking at the exhibits, the impulses started hitting me again. I wanted to take the kids on an airplane ride. I wanted to take them on a helicopter ride. I wanted to buy some brats and other junk food (even though we just ate before going to the show). I wanted to enter in a raffle to win a new Camaro SS. There were a lot of material things calling to my inner child. Inside, I was very close to getting red in the face and screaming, “I want it! I want it now!”

I thought to myself several times throughout the day how much money I would have spent there at the show if I still had a credit card. There would have been no hesitation. I would have walked out of that show at least a hundred dollars poorer after the plane ride, the chopper ride, and the food. I would have hit the ATM with the debit card and bought a few $20 raffle tickets for that Camaro, too.

Spending for the right reasons vs. inner, selfish reasons

I actually had to stop and think about what was going through my mind. As I analyzed my thoughts, I got a little upset with myself. Here I was, secretly wishing I had a credit card so I could buy some “fun” at the show. I was even having thoughts about how much the kids would want to ride in the plane, therefore I felt bad for not spending the money on plane rides. As it turns out neither kid really wanted to go for a plane ride. They just said it would be cool because I was excited about it and they didn’t want to disappoint me! It’s bad enough I used them as an excuse to even go to the show, let alone as rationalization for spending.

That realization got me thinking about how many times in the past have I used the kids to justify an expense. I now realize that deep down these spending incidents were really just satisfying my inner need to feel like a “good dad”. A good father doesn’t buy lots of stuff for his children. A good dad spends quality time with them and develops a lasting relationship based on love, not material things. When they get older they won’t remember if I bought them anything, but they will remember that I took them to the car & plane show.

So looking back on the day as a whole, it’s a good thing I use cash now for most if my expenses. Not only do I use cash, but I plan ahead to be prepared for events like this. We decided in advance we wanted to have an expense-free fun day with the kids, so we limited the cash we carried to the show. Since I didn’t have a credit card, I couldn’t just go and buy whatever I wanted. I was forced to enjoy myself without spending money.

The result was success. We had fun, even though we didn’t spend a dime. My son was in awe at all the cool planes, my wife was in awe at the cool antique cars, and I was drooling over the muscle cars. But we resisted the urge to spend more money than we planned (zero) and we had a good time. And the even deeper victory is that I avoided using my kids as an excuse to spend money. And that makes me feel much better as a father than any amount of spending ever could have.

Previous Post: « Calling All Fathers: Time to Prepare Your Kids for Money
Next Post: 065 Financial Excellence: 4 Steps to Living Without Credit Cards »