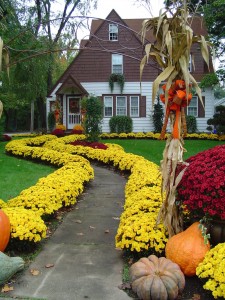 If you’ve read my previous few posts, you know that we recently moved to Iowa. Sort of. I’ve been living in a 2-bedroom apartment since April while the kids and wife stayed in Wisconsin to finish out the school year. We knew the apartment was a short-term solution, since there are four of us and there are only two bedrooms. Yes, many people live long-term situations like that and make it work, but when you’re used to a much larger space it’s hard to adjust.

So I started looking for houses right away with the plan of buying a new place once the old one is sold.This should be easy, I thought. Once we sell our house in Wisconsin, we should come away with roughly $100k in our pockets. We had some money saved up to add to the proceeds from the old house, which should provide for a little upgrade in house. Little did we know it wasn’t going to be easy at all.

Turns out, the market isn’t bad everywhere. In fact, according to our realtor, the Ames, Iowa housing market didn’t really dip when the recession hit. It just slowed down a little. The Sheboygan, WI housing market is a different story. The market there has dropped a good 30% from 2008 highs. So while our plan in Iowa was to upgrade in house for $150k-$200k, we soon realized there wasn’t much selection in our price range. And what houses were available were selling quickly.

So we started creeping up in price range. I think that’s a pretty common thing for home buyers. But it’s a slippery slope. Once you start accepting the idea of paying more for a house than you planned, it’s easy to slip into higher and higher price brackets.

And once you start looking at the homes in the next higher price brackets, suddenly the houses within your original budget look pretty dismal. Then, you start falling in love with the higher priced homes and it’s all downhill from there.

It really wasn’t much different for us. We decided somewhere along the way that we wanted to live in a smaller nearby community. It felt good to return to our small town roots but the selection of available houses was pretty slim. Out of 15 or so that I looked at, It came down to three houses for us in the town that we wanted.

The first house was ok, but the garage was kind of small. There were also some DIY projects done by the homeowners that just didn’t look right. We’ve been burned by those types of projects with both of the previous homes we owned so we were pretty leery of this one. On the upside, the price was right within our original budget. Spacious and practical. Not bad.

House number two was really nice. Brand new – a spec house built in 2008 but immaculate and very nice inside. The overall square footage was small, not much larger than our current house. But the layout was open and better than our current house so it was still a step up. This house was way on the upper edge of what we didn’t think we were willing to pay for a house. But, for a brand new house with tons of energy efficiency features and a huge garage, we were really stoked about this house.

The third house was really nice too. It had an awesome layout, with roughly 30% more square footage than house number two. The house had tons of storage and a great view overlooking a small, 12-acre lake/pond. The only problems were a steep drop-off to the water (not the best for kids) and the price, which was close to the price of the new house.

We gave it a lot of thought and decided we liked the house on the lake. It’s just priced well with a LOT of room and value for the price. The downside is we’ll need a larger mortgage, which I’ll talk about in my next post. And there’s that drop-off to worry about, so we’ll probably be spending some money right away to install some fencing or railing there. Otherwise it’s ready to move in. The only other projects needed are ones that can be done over time, like removing wall paper and painting.

This whole process took over two months to narrow down the field to the right house. And we really belive this is the perfect house for us. The more we think about it, the more we fall in love with the place. I don’t know if that’s a good thing since we want to wait for the sale of the old house before buying this one. Since there’s a chance of losing it, we don’t want to get too emotionally attached. Still, we made an offer contingent on selling our house in WI. We’ll see how it goes.