In the almost two years since I have started my own business I have learned a lot in that short amount of time. Most of it has been what not to do to have a successful business, but what can I say? I am a slow learner. But I think the one piece of advice I would give to someone who was starting a business would be to get into community with other like-minded people. You just can’t do it alone. 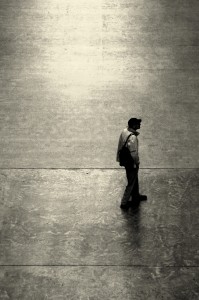 I know this to be true because at first I did not take this approach. I thought I could figure it out on my own and why would I want to connect with other people in my field? Aren’t they my competition? Of course this did not work and I netted zero dollars that first year. This year, though, I decided that I was going to make a concerted effort to interact with as many peers as I could. I started to connect with other financial coaches, as well as other people on the Internet who were doing some great things, by commenting on their blog posts, interacting with them via email, or even chatting with them for 30 minutes or so to pick their brain on a topic. As I did that I realized that these people I had developed community with were not my enemies, rather they were my friends. This has led me to receive more exposure by writing guest posts, interacting with people on social media, and appearing on podcasts.

It is important to have a community and network of people who are like-minded, where you can bounce ideas off each other as well as give and receive advice on what you are doing. This has led me to believe that the term sole-entrepreneur is a total oxymoron. You cannot do it alone! Granted it will take some time and effort in the beginning and you will not make a connection with everyone, but put yourself out there and build around yourself a community where you will encourage each other to greater and bigger things.

How has community been important to you either in business or in your financial journey?

Previous Post: « 098 Financial Excellence: Can you Survive on a Teacher’s Salary?
Next Post: Link Love: Giving Credit Where Credit is Due »