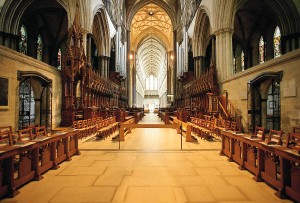 I read a great post over at Bible Money Matters about Dave Ramsey’s house. Peter Andersen, the host of the blog, had written a previous post about Dave’s multi-million dollar home. The post received a huge number of comments from readers. Some were supportive but some were very critical of Dave and his use of his wealth.

The theme of many of these negative comments was that Dave was being hypocritical to claim he’s a Christian and have such a luxurious home. I won’t go into all the comments but I suggest you read the article to get an idea of how widely ranging the opinions are on this subject. The article got so much attention that Dave Ramsey himself commented on his home, his giving philosophy and his wealth.

So that got me wondering. Where does all the negativity come from? What is wrong with being wealthy and Christian at the same time? Why are so many people upset with Dave Ramsey about his huge home? Clearly there are a lot of people who support him but there are a lot of critics too.

What are your thoughts on wealth and faith? Is it ok to be wealthy as a Christian or are we supposed to give the excess we receive while maintaining a modest lifestyle?