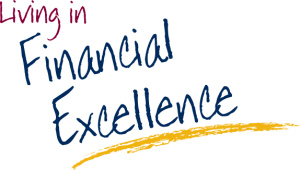 The pros and cons of changing your business name

After being in business as a financial coach for roughly four years, I came to the realization that I hated my business name. I started doing business in 2007 under the name Matt Wegner Coaching. I was never 100% comfortable with that business name for several reasons but I stuck with it because, well, I wasn’t original enough to think of anything better.

So we came to a decision point. We had a following who identified with Financial Excellence, yet our company and website were still branded as Matt Wegner Coaching. We were sending inconsistent messages to our audience and clients, and it just got to be too confusing. Plus, when it came to search engine marketing, nobody was searching for Matt Wegner. But people were searching for financial terms. So I think it made a lot of sense to make a change.

Yet after four years, I knew it would be no easy task to just switch brands. We’d have to find a new logo. We’d have to change out all our forms and documents, our website, our invoices and Quickbooks, our email signatures and accounts, our online directory listings, and, and, and… The list goes on and on. This was going to take some work.

Not to mention we had to change our Facebook page because Facebook won’t let you simply change the name of the page. We have to start from scratch and build a whole new list of people who like us there. Would you do us a favor and like our new Financial Excellence Facebook page?

Despite all the work it’s going to take, I pulled the trigger. I had to go with the brand people identify with. So we are now officially Financial Excellence (company name) and in the middle of changing out all our marketing. I suspect we’ll still be finding odd remnants of Matt Wegner Coaching years from now but we should have the bulk of our stuff converted in the next few months.

So is it a good idea to change the business name mid-stride? Will we confuse our audience? Will we lose customers, listeners or readers? I think we’ll end up gaining a stronger audience in the long run, but what do you think?

Previous Post: « Am I too Cheap? Dealing with my Broken Glasses
Next Post: 077 Financial Excellence: Inexpensive Family Entertainment Ideas »