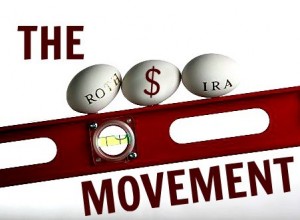 Why the Roth IRA is so Powerful

I love the Roth IRA. Traditional IRA’s are pretty cool too, what with the tax deferred gains and all. But Roth IRAs are really cool. If you already have a Roth IRA, you’re probably waiting for me to tell you something you don’t know. If you don’t have a Roth IRA, you may be wondering what it even is.

You’re not alone. Lots of people understand the importance of investing for the future, but they don’t know the difference between traditional IRAs and Roth IRAs. And from what I’m hearing and seeing in the financial world, way too many people don’t even know what an IRA is. Or a 401(k). Or a 403(b).

This post is just about the Roth IRA, though. It’s in response to a request from my friend Jeff Rose, who wanted to raise awareness about the benefits of the Roth.

Why I love the Roth IRA

So here’s why I love the Roth IRA. With a traditional IRA, or Individual Retirement Arrangement, you get to invest money pre-tax into any investment you wish. It gives you the benefit of deferring your taxes until later. That means you don’t pay taxes today on the money you put into the account.

But Uncle Sam isn’t going to let you get away with that forever. Deferring your taxes means eventually you have to pay the piper. So in a traditional IRA (as with a 401(k)), you have to pay taxes on the withdrawals you take, which includes any growth or gains in the account from the day you invested. So you save money on taxes now, but when you pull the money out in retirement you have to pay taxes.

So depending on what tax bracket you’re in when you retire, you very well could be paying higher taxes in retirement than you are today. Plus, we don’t know if the government is going to continue following the European model of ever-higher taxes in the future or not.

Here’s where the beauty of the Roth IRA comes in. With the Roth IRA, you’re investing your money after tax, so you pay taxes on the money you bring home and then you invest what you have left into the IRA. The benefit is because you’ve already paid taxes on that money, it grows TAX FREE. No matter how big your account gets, Uncle Sam can’t touch it when you take your money out.

Ignoring the Roth could be taxing your efforts

Let’s look at a simplistic scenario to illustrate the power of the Roth. Say you invest $2,000 per year for eight years from age 19 to age 26 and you invest well so that at retirement age (65) it’s worth $2 million. That’s $16,000 invested that grew to over $2 mil over your working lifetime. Before you scoff, it’s totally possible but that’s a different post altogether.

But when you retire, you’ve got to replace your working income with money from your retirement account. Let’s say you are able to live on a modest $50,000 because you’re debt free at that point (which means you’ve been following the advice on this blog – yay for you!). If you’re still taxed at only 25% by then, which is pretty unlikely but you never know, you’ll now have to pay taxes on that $50k each year.

That’s $12,500 in taxes each year that you’ll have to pay. If you live to be 90, that’s over $312k in taxes! Plus, if memory serves me, under current tax law your family will have to pay taxes on your gains when they inherit the remainder from you. Not cool.

Of course, that’s in our hypothetical situation and individual results will vary, but the point is clear here. The Roth IRA is a tremendous tool for building wealth and keeping it. There may be a few select cases where the traditional IRA is more advantageous but in my mind those cases are few.

Remember also that the 401(k) often has a company match so it has advantages too, and many companies now offer Roth 401(k) packages. This is an attractive option in my mind because of the match but the investment choices are usually limited in 401(k)s. I like to invest up to the match offered by the company, then put the rest of my money in my good old Roth IRA where I have more freedom to choose the specific investments I want.

Readers, are you invested in Roth IRAs or traditional IRAs? Are you investing at all? What’s holding you back?

Previous Post: « Intro to Couponing… Get More For Less
Next Post: 101 Financial Excellence: All Good Things Come to an End »