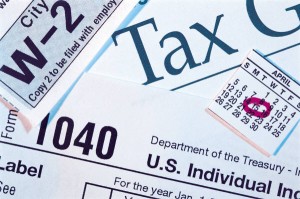 Well, if that title didn’t get your attention, I don’t know what will. But it’s true. I like paying taxes. Well, sort of. We filed our taxes last week and we actually owed money. That means we didn’t pay in as much taxes throughout the year as we should have. So, we owed the difference to the federal government. At first I was upset about having to pay in taxes. After all, this was the first time I’ve ever had to pay in, so it’s a bit of the shock to the system.

But then I remembered what it truly means. In the past we had always received a return. That meant we overestimated the amount of income taxes that we would owe the government by April 15th. Since we overestimated and overpaid in advance, we got some of that money back. Woo hoo! A big tax return means we did something right to get all that money back, right?

WRONG! A big tax return means we gave the government a bunch of our money through out the year and when we sat down and figured out how much we really were supposed to pay in taxes, the government gave us some of our own money back. They gave us back money that wasn’t theirs to have in the first place and I felt good about it. Even worse, I wasn’t smart enough to figure out that I was giving them too much money. I was just excited that I was getting some of it back. How dumb could I get?

So this year we were careful to not pay in more taxes than we owed. And it worked. We had to pay in less than $100 for actual taxes owed. Now that I think of it, we did a pretty darn good job of estimating exactly how much to pay in. And it’s a very good thing because instead of overpaying and letting the government act as a savings account for us (with 0% interest), we actually kept some money in our pockets and used it for something beneficial throughout the year.

So this year we’re excited that we had to pay in (a little). It’s a good feeling to know that we put our money to work for us instead of loaning it to the government.